Why It is Important to Ask the Right Questions

This will not be one of my typical blogs.  The topic to be presented here is far too serious for me to start messing around, even though it is April Fool’s Day.  I kept this update separate from the planned and already posted blog to make the clear delineation between joking and providing you a proper update.  There is some science here along with a significant component of opinion.  I will do my best to make clear which is which.  This should not be confused with what my “definition of is is.”  Sorry, couldn’t help myself with that one.

The Facts as Released by Pfizer

Pfizer released Phase 3 trial results in adolescents 12 to 15 years of age yesterday.  Those in the study were not included nor excluded based on prior SARS-CoV-2 infection.  Pfizer reported 100% efficacy in these children.  That means that no children in the study were found to subsequently contract SARS-CoV-2.  There were a total of 2,260 adolescents in the study, 1,131 received the real vaccine while 1,129 received placebo.

Dengue fever is a tropical disease caused by a virus that is transmitted by mosquito’s.  Most folks who get dengue get fevers, headaches, muscle and joint aches, vomiting, and a rash.  Some infected individuals get severe disease though, and it results in shock due to blood plasma leakage.  Because of the severity of disease, a vaccine was developed by Sanofi Pasteur to prevent it and was released in 2016.  The vaccine was found to be effective in preventing more than 80% of the severe cases.

The trials for the dengue vaccine enrolled 35,000 children and were published in the New England Journal of Medicine.  There were some oddities noted in the trials, but overall the vaccine appeared to prevent infection, and was approved in some countries where dengue is endemic, such as the Phillipines.

One year after release of the vaccine, follow up data demonstrated that the vaccine increased hospitalization rates and incidence of blood plasma leakage in those children who had never had prior exposure to dengue.  Typically the rate of hospitalization in children is reported as 1.1%.  For those that received the dengue vaccine the rate was 1.6%.  Not large on a percentage basis, but when dealing with millions of children, a half percent is a massive number of children.

As a result of the follow up data, the dengue vaccine is now only administered to children who already had a history of having had dengue fever and prevents thousands from being hospitalized annually.

The questions asked by Pfizer in the study results released yesterday were:

1. Does the vaccine prevent infection?

2. Does the vaccine have an acceptable side effect profile?

The answers to both of those questions in the immediate term appear favorable.  There is one other question though that was not asked, and based on our history lesson with the vaccine for Dengue that is critical.  That question is:

What happens when a vaccinated child or adolescent gets COVID-19 despite being immunized?

What is the risk of death for a child or adolescent from COVID-19?  Per the CDC, there have been 246 deaths under the age of 18 years in the United States from COVID-19.  During the same time period there have been 179 deaths in that age group from influenza and 658 from pneumonia.  Based on these numbers, the risk of a child contracting and dying from COVID is roughly 1 in 265,000 children.    Put another way, there were 246 deaths for those under the age of 18 years and 553,045 death in those older than 18.

The Pfizer clinical trial reported 100% efficacy.  The statement is in fact accurate.  18 adolescents in the placebo group got COVID-19 during the few months of the trial whereas no adolescents in the vaccinated group did.  The statement is also grossly misleading.  There has NEVER been a vaccine that is 100% effective.  NEVER.  This trial was short in duration and low in numbers.  If one adolescent in the experimental group were to contract COVID in the trial tomorrow, the efficacy would dip to 94.4%.  Should there be two reported, the efficacy would be 88.9%.  Big difference with 1 or 2 breakthrough cases.  And there will be breakthrough cases given time.

So what does a lesser percentage efficacy mean in real life?  Below are the number of breakthrough cases based on some lower percentages.  The percentages listed would be typical for vaccines currently utilized (if not better!).   The assumption used is that, if left alone, everyone would eventually get COVID-19 at least once (just like nearly all folks my age all got chicken pox as children).

What if the COVID vaccine were to cause an issue similar to that of the dengue vaccine in our history lesson for the day?  Based on the numbers presented previously for breakthrough cases, let’s assume that the overwhelming vast majority will have a similar or improved outcome from being vaccinated.  The chart below details how many children/adolescents would be affected for various complication rates in breakthrough cases.

As you can see in the above chart, if the vaccine performed very well at 95% efficacy, if a complication, such as that found for children with dengue, were to manifest only in 1 in 10,000 breakthrough cases resulting in death, there would be 325 deaths as a result. This would represent a 32% increase in fatality rate for that age group.  A 1 in 1,000 variety of complication would be viewed as catastrophic with thousands of unnecessary deaths.

So How Do You Address the Question?

The answer is a larger trial.  Calculating the number of individuals to incorporate into a trial has to do with a number of factors including the frequency of disease itself and the percentage of benefit seen by intervention.  If you want to mess around a bit with numbers, you can get an idea of how many need to be enrolled by using this calculator.  Suffice it to say, you would likely need to enroll hundreds of thousands of children to properly identify a 1 in 1,000 risk of death in breakthrough cases due to the vaccine.  Not the most practical.

The Bigger Question:  How Many Children Are You Willing To Sacrifice to Save 100,000 Adults?

Bet that got your attention, but that really is the question at hand right now.  The trial in adolescents, as I just showed, is not large enough to identify potential outcomes on the order of 1 in 1,000.  Furthermore, there have already been cases in which deadly outcomes not seen in adults have occurred on this scale with vaccines administered to children.  The risk to someone under 18 contracting and dying from COVID-19 based on the data this year was on the order of 0.000378%.  This amounts to 1 in every 264,227 children or adolescents.  Otherwise known as not common.

The maximum benefit for children and adolescents currently if vaccinating all of them at 100% efficacy (which is fantasy) is to save 246 lives.  Not belittling that number of fatalities, but relative to 65 million children it is not a number of high concern considering all the other problems we could address to protect them.  The negative possibilities could be many times that number of children.  I am not saying it will happen, just that it could happen and the studies to date can’t tell you the answer.

A large percentage of adults in this country would refuse a vaccine that adds a 1 in 1000 risk of death from getting a disease if the risk of not taking the vaccine was nearly non-existent to them and solely for the purpose of protecting a different subset of the population at high risk.  Shaking your head?  Thinking “of course they would help the frail”?  I call BS on that.  Over 30% of the adults in the country are currently avoiding the vaccine, despite the fact they themselves are high risk.  But alas, children are not permitted a voice in this country, so the discussion will continue regarding mandating vaccination in schools.

How about this….before we discuss mandating vaccination in children and adolescents for school, why don’t we discuss mandating it for all adults if they want to participate in society?  Won’t happen, mark my words.   Praying that there are no adverse effects of significance when the “trial” is in large numbers of children and adolescents.  Got my candles all set for the occasion. 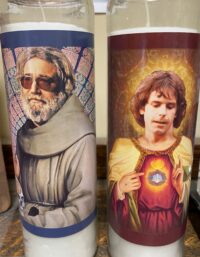 And for you adults out there….there have been hundreds of millions of COVID-19 vaccines given to adults at this point.  If there were going to be severe consequences beyond that of getting COVID-19, you would be aware of it by now.  When it is available to you, please get vaccinated so we can end this pandemic and hopefully not need to answer the question of child sacrifice.

Stay safe and have a great day all! 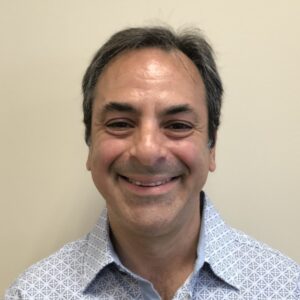 Post authored by Jason Halegoua PhD, MD, MBA, FAAP.  Jason is the founder of Peds First Pediatrics in 2009, and has been a practicing general pediatrician since completing residency at Schneider Children’s Hospital in 2004.  In addition to earning his medical degree from the Medical College of Pennsylvania, Jason earned a PhD in Molecular Pathobiology for his work contributing to the understanding of the genetic regulation of immune responses to murine leukemia viruses from Hahnemann University in Philadelphia and an MBA in Finance from Hofstra University.